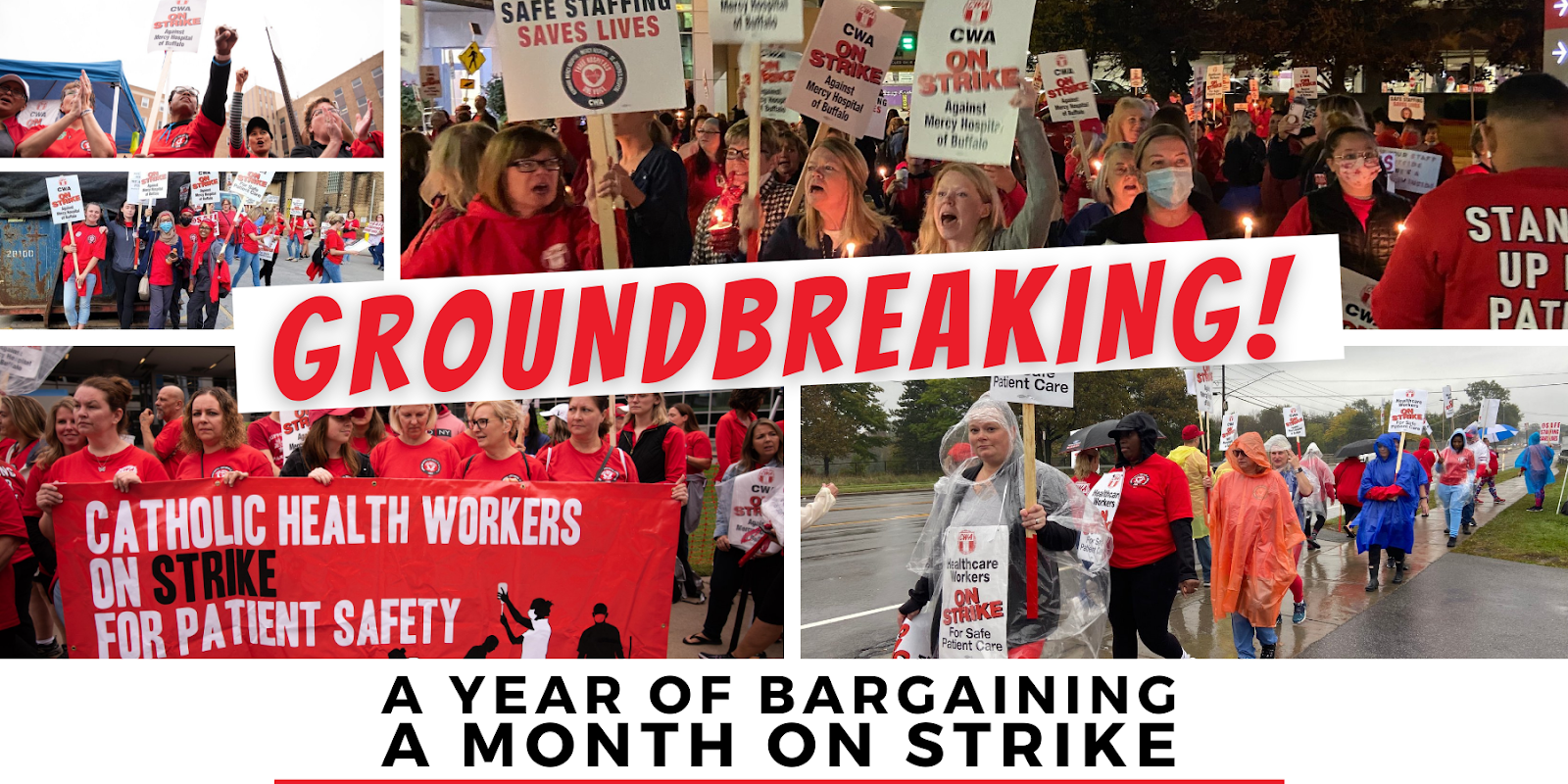 This historic agreement was the result of the unprecedented five-week strike by 2,000 healthcare workers at Mercy Hospital, and the massive pressure we collectively put on CHS.

We walked picket lines in the heat, the cold, in rainstorms, and even while the Bills were playing. We talked to community members and elected officials, we told our stories again and again to the media, we stood toe-to-toe with scabs and refused to be intimidated, we navigated a difficult Unemployment Insurance system, we leafletted, we chanted until our throats were hoarse. This victory belongs to all of us.

Together we won an incredible agreement that will improve our hospitals by leaps and bounds - something that was almost unfathomable a year ago--or even six weeks ago. Our staffing agreement is groundbreaking and will set the standard for healthcare workers throughout the country.

Your unity and determination forced Catholic Health to completely change their contract offer to us.  It empowered us to make major improvements in our working conditions, our standard of living, and the quality of care for our patients, and to defeat all concessions.

When we fight, we win. A full Final Bargaining Report with all specific details of the new contract will be distributed before the ratification meetings.

2. Wages and Other Compensation -- Substantial Across the Board Wage Increases for All Titles 5. No Changes in our Pension Plans!

Procedures for TA and Ratification - Kenmore Only
05 Nov, 2021
News

Procedures for TA and Ratification - Kenmore Only